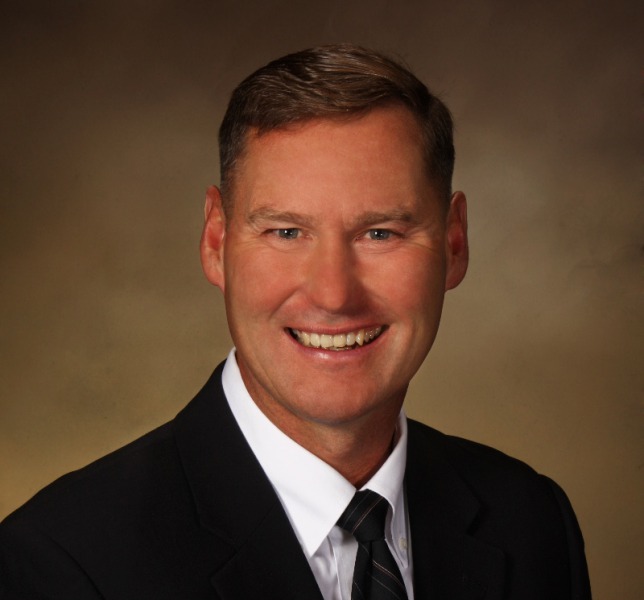 Brigadier General Switzer is a native of Bozeman, MT. He graduated from the US Naval Academy in 1983 with a Bachelor of Science Degree in General Engineering. He was commissioned a Second Lieutenant in the US Marine Corps and graduated from USMC Basic School with Honors.

Ken completed Naval Flight Training and was designated a Naval Aviator in Feb 1986. He began his initial F/A-18 training at NAS Cecil Field and then transferred to VMFA-251 "Thunderbolts" at MCAS Beaufort. Following a WESTPAC deployment to South Korea, Japan, and the Philippines, he attended Navy Fighter Weapons School "TOPGUN" and transferred to the Naval Strike Warfare Ctr as a Tactics and Training Instructor. In Aug 1990, Ken deployed in support of Operation DESERT SHIELD aboard the USS INDEPENDENCE. His last tour with the Marines was as a solo pilot with the US Navy Flight Demonstration Squadron "Blue Angels".

Ken transferred to the MT Air Nat'l Guard, flying the F-16, in 1995. In the 1990's he also worked for Martel Construction, Inc as Safety and Personnel Director. During this period Ken completed the Basic Instructor Course in Occupational Safety and Health Standards for the Construction Industry (OSHA 502) in 1994 and 1999. Ken was appointed to the MT Governor's State Workforce Investment Brd in 2004. He served as the Apprenticeship Committee Chair and was also appointed as a member of the Executive Committee.

Ken went to work for the Nat'l Guard full time in 2004. He has served as a Flight Commander, Group Commander, Joint Staff Director, Vice Chief of the Joint Staff, and Chief of Staff. In 2010, Ken transferred back to part-time status and began a career as teamwork/performance coach with Check-6, Inc, a global company providing solutions for High-Risk/High Reliability industries requiring a deliberate outcome.

General Switzer is a command pilot with more than 4400 flight hours, primarily in the F/A-18 and F-16 aircraft.
9:57PM
Lost & FoundBadgingFAQ