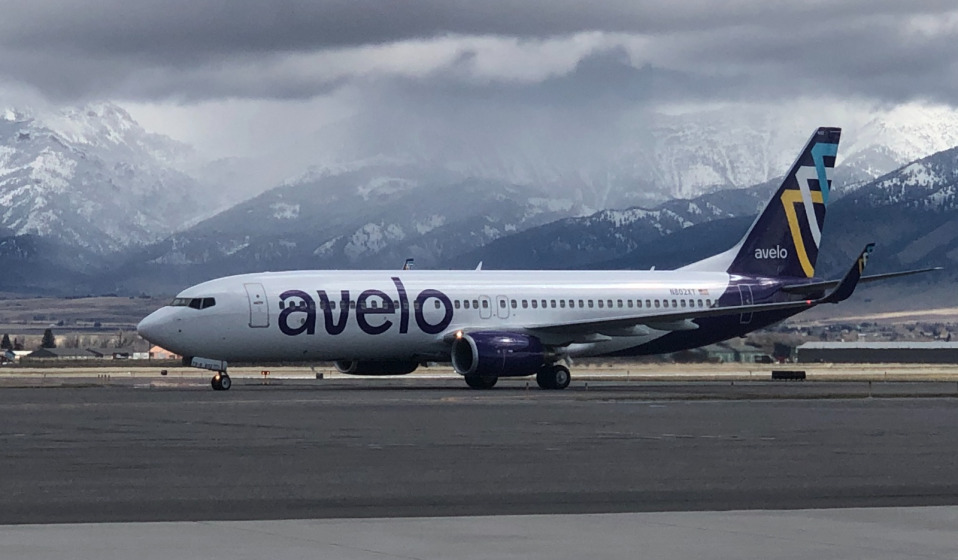 
Avelo flight XP 105 departed BUR at 8:00 a.m. and arrived into BZN at 11:25 a.m. The inaugural flight from BZN to BUR departs today at 12:05 p.m. local time, with a 1:40 p.m. scheduled arrival at BUR.
"Bozeman Yellowstone International Airport is the gateway to Big Sky country and the airport of choice for two of our nation's most famous national parks,” said Avelo Chairman and CEO Andrew Levy. “Avelo will bring lower fares and increase choice and convenience to and from Bozeman and the surrounding area, which is world-renowned for fly fishing, hiking, mountain biking, rock climbing, skiing, hunting, backcountry exploring, and of course, Yellowstone National Park.”


With everyday low fares starting at $19, Avelo’s four-times-per-week service between BUR and BZN will make it easier than ever to enjoy some of Bozeman’s most popular destinations. The route will be served by 189-seat Boeing 737-800 aircraft – one of the most fuel-efficient commercial aircraft in the world – providing Customers with a large, comfortable cabin with more room, more seats and more seating options than the regional aircraft typically serving BZN.


“We’re honored to be one of the launch markets for Avelo Airlines.  Local passengers will enjoy Hollywood Burbank Airport’s size and proximity to a wide variety of attractions in Southern California while inbound passengers have easy access to nearly every outdoor activity imaginable including a short drive to the world’s first national park,” said Scott Humphrey, Deputy Airport Director.


“For those considering LA for their next getaway, BUR is the ultra-convenient, stress-free gateway to Greater LA. No airport is closer to downtown LA, Hollywood, Pasadena and other attractions throughout Southern California,” said Levy.


About Avelo Airlines
Avelo Airlines was founded with a simple purpose — to Inspire Travel. Operating a fleet of next-generation Boeing 737 aircraft, Avelo offers Customers a refreshingly smooth experience, time- and money-saving convenience, and surprisingly low everyday fares. Avelo, by late May, will provide non-stop service between 11 destinations across the Western U.S. and its initial base at Hollywood Burbank Airport. For more information visit aveloair.com.
May 05 2021
Merrick Lane named in honor of Bill Merrick
April 27 2021
Sun Country Extends Seasonal Nonstop Service to Minneapolis-St. Paul (MSP) to Winter 2021
9:38AM
May 14, 2021
, 5/14/2021
Lost & FoundFAQ