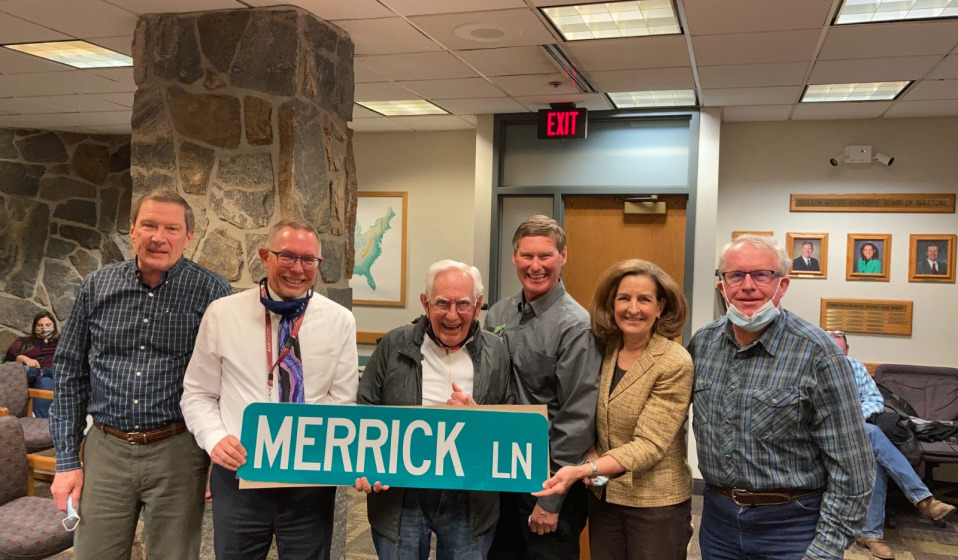 Mr. Bill Merrick served on the Airport Board for 28 years, from 1962-1991. For 25 of those years, he served as chairman of the board.  We can only imagine the changes and improvements Mr. Merrick brought about during his long tenure on the airport board. If you look at the airport scrapbooks and pictures, you can hardly turn a page without a reference to Bill or his hard work on behalf of the airport and the community.
Bill was a local businessman who owned and operated KBMM radio for many years.  He learned to fly in1947, then obtained his commercial pilot license and flew commercial charter flights. He was active in the Bozeman Chamber and served as President of the Bozeman Kiwanis Club. When he was president of the Kiwanis Club, several members owned planes. In order to hold interclub meetings, they flew their planes to various locations, becoming known as the unofficial "Kiwanis Air Force".
He served as a ski instructor at Bridger Bowl well into his eighties. He also served on a Montana Aeronautics Board. To this day, Bill continues to be a historical reference and provide sage advice for all of us.
Mr. Merrick was involved in the design of the current terminal building. According to him, they wanted the new terminal building to be different than any other in the country. They wanted it to "look like Montana", so they decided to incorporate native stone, open beams, and views of the mountains. These elements are still reflected in the airport today.
The current Gallatin Airport Authority Board wanted to find a way to recognize all that Mr. Merrick has done in some concrete fashion. At their April board meeting, the Board presented a letter from Gallatin County Geographic Information Systems to Mr. Merrick. That letter confirmed that the newly built road off Airport Road on the southeast corner of the airport will be named Merrick Lane. A road sign was presented to Mr. Merrick. 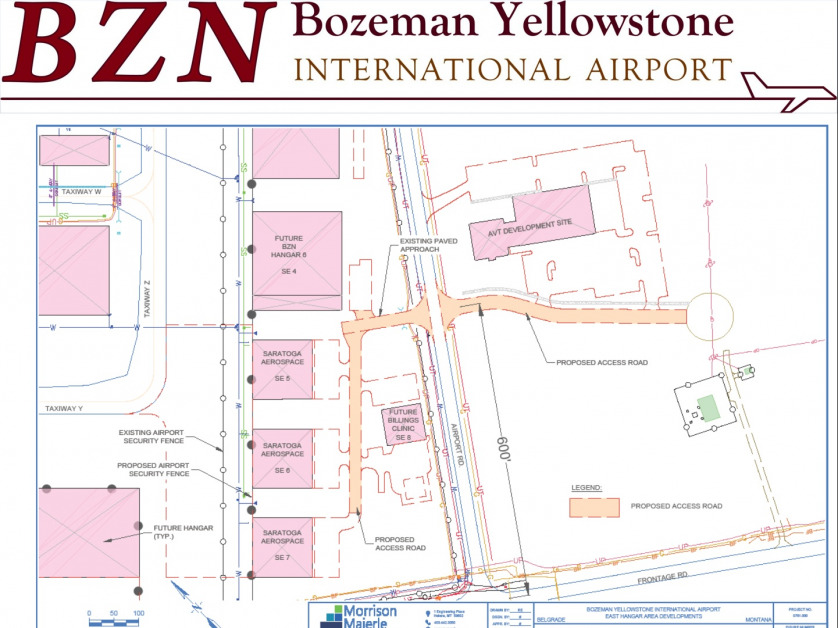